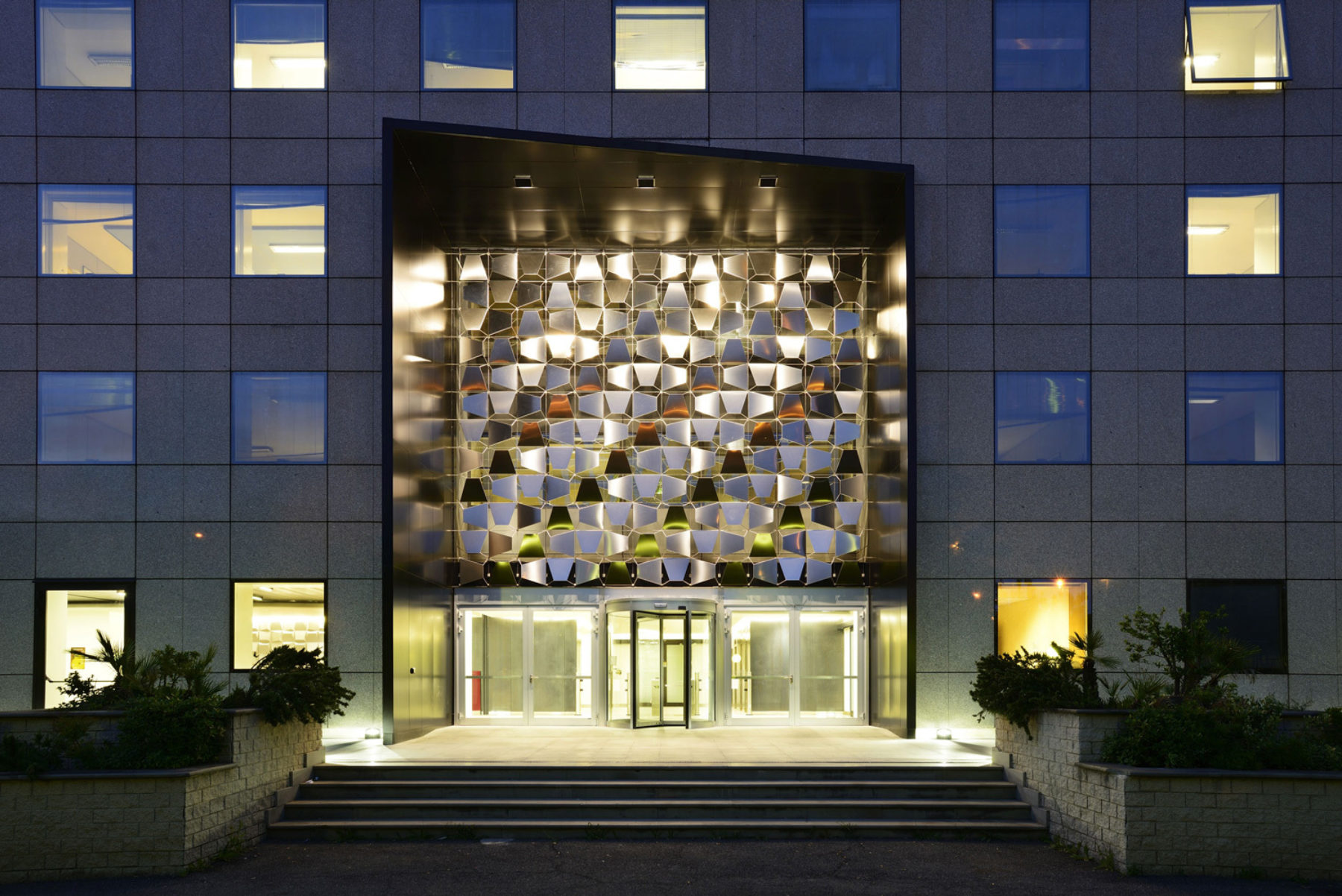 A Small and Precious Moment

This small-scale project concerns the restyling of an office building's street front entrance and atrium area; the design proposal strives to give character to a relatively new but anonymous building implementing new services for its repositioning on the real estate market.

The genesis of the project comes from acknowledging Rome's particular natural light on hand; a precious design resource allows a normal doorway to become an ever-changing entrance portal. A new rigid steel screen frames and highlights the building's access point. Together with the artificial lighting, a strong and unique character is given. 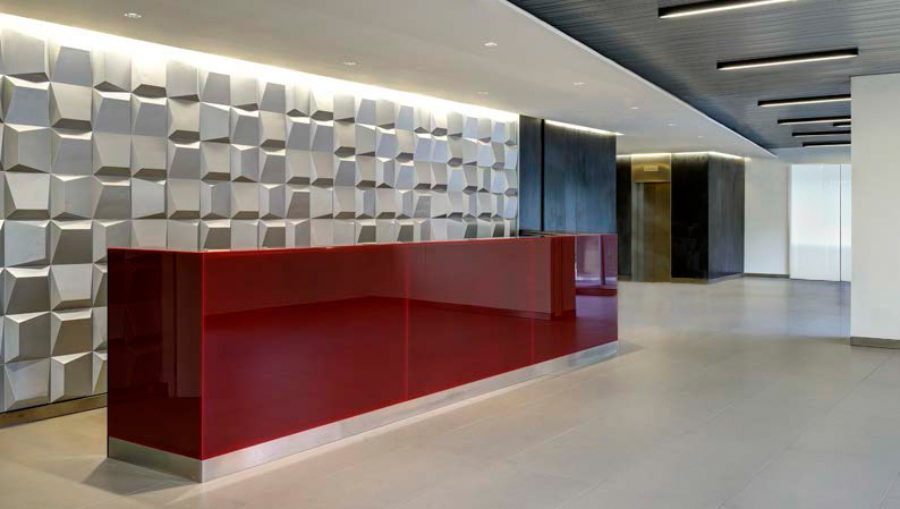 Inserted into an entirely two-dimensional facade, a series of steel trapezoids interconnected with thin metallic elements confer a three-dimensionality to the portal. The light vibrations derived produce a complex play of reflections with the narrow square window openings. Similar elements present act in the same way, a slight shift of meaning produces a new language, with which to dialogue for the entire facade.

The portal's asymmetry stems from the direction of one's arrival from the main road in relationship to the building's orientation. Increasing the second floor's visibility places the conventional facade further to the background. The parterre entrance also helps to direct the attention to the new portal.

The atrium’s interiors bring in a few design elements found in the facade; more services and control devices respond to the clients request without, however, neglecting the design intent for a warm and welcoming entrance hall.