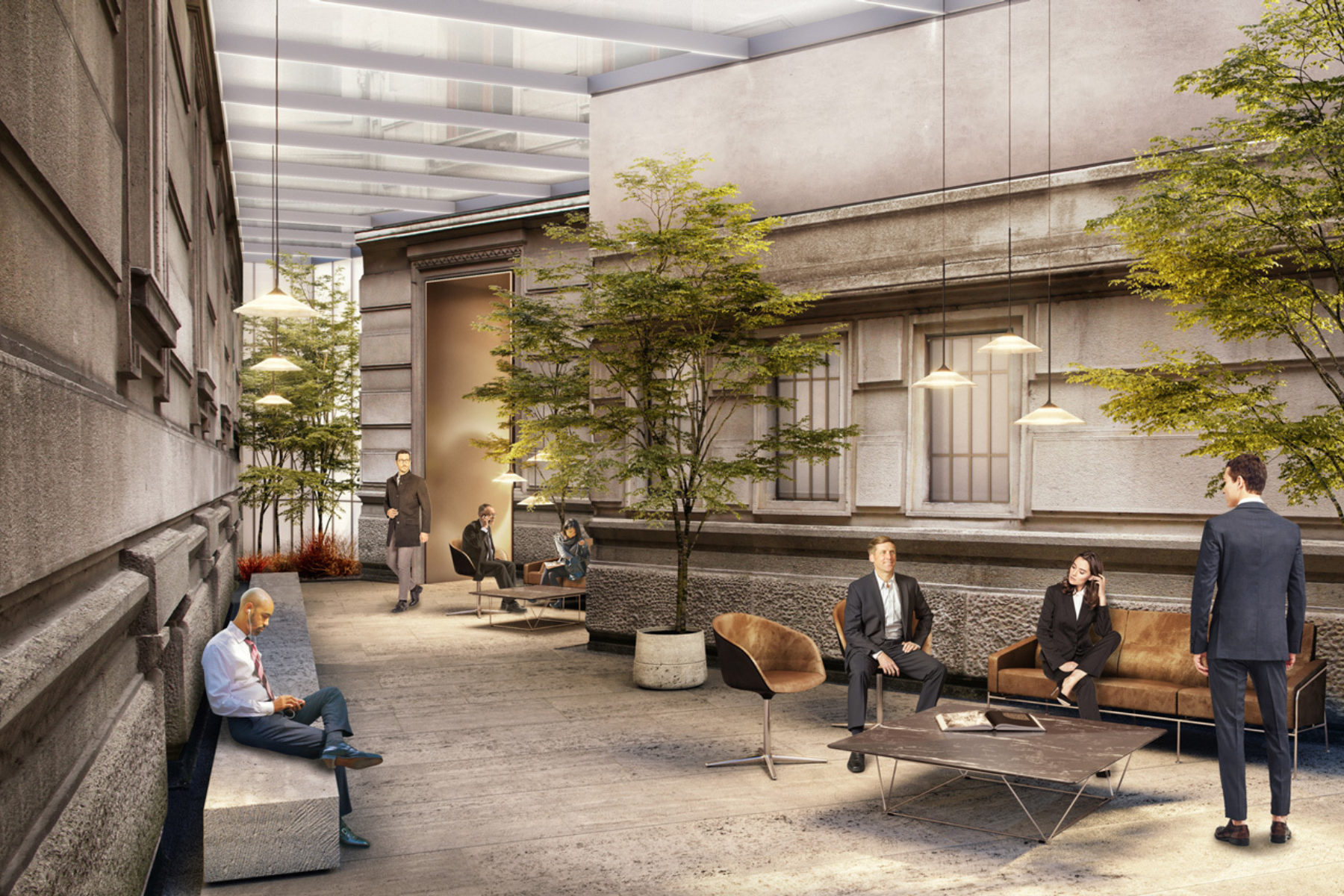 Interior design and refurbishment proposal of a prominent historical building in the City Centre of Milan.

This sensitive refurbishment project includes the design of improved retail facilities at ground floor to maximize visibility and increase circulation, as well as the proposal for a new co-working space to increase attractiveness in the commercial market. 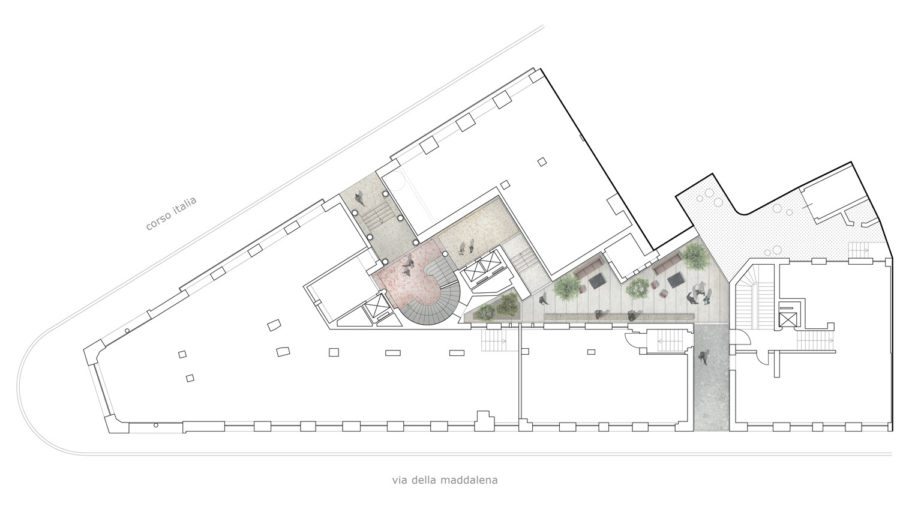 The ground floor of the refurbishment outlines a clear spatial sequence that determines the framework of a new configuration, connecting different areas with each one being characterized by specific aesthetic and functional connotations.

At the center of the path, in the inner courtyard, the new design proposal includes a new business lounge and an intermediate atrium characterized by a sophisticated glass roof and an arrangement of greenery which aims to evoke the image of an urban greenhouse.

The important shop windows on Corso Italia generate two slightly protruding glazed volumes that unite the symmetric groups of the existing openings. This generates greater visibility and appears most attractive to those travelling on Corso Italia or passing through Piazza Missori. 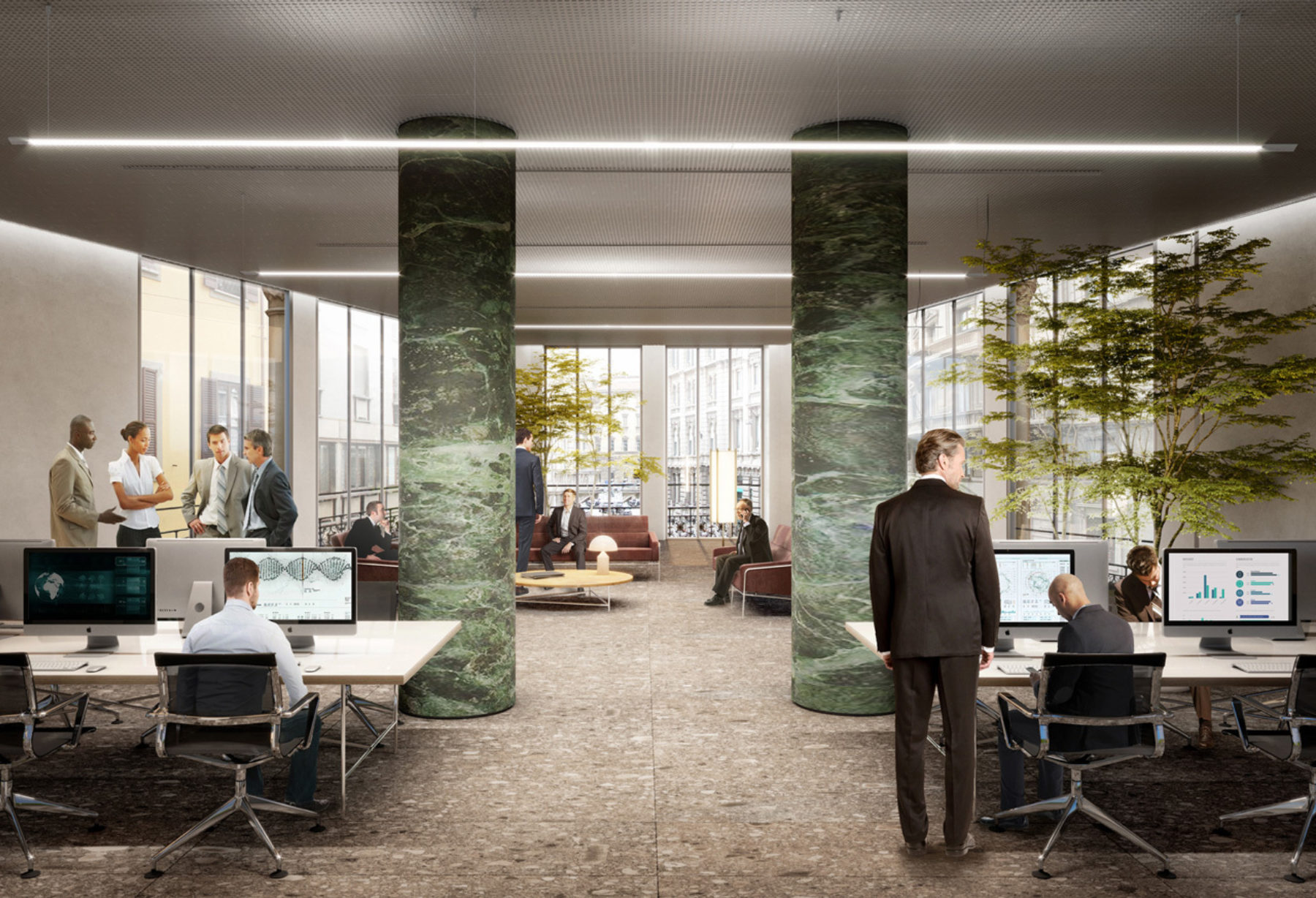 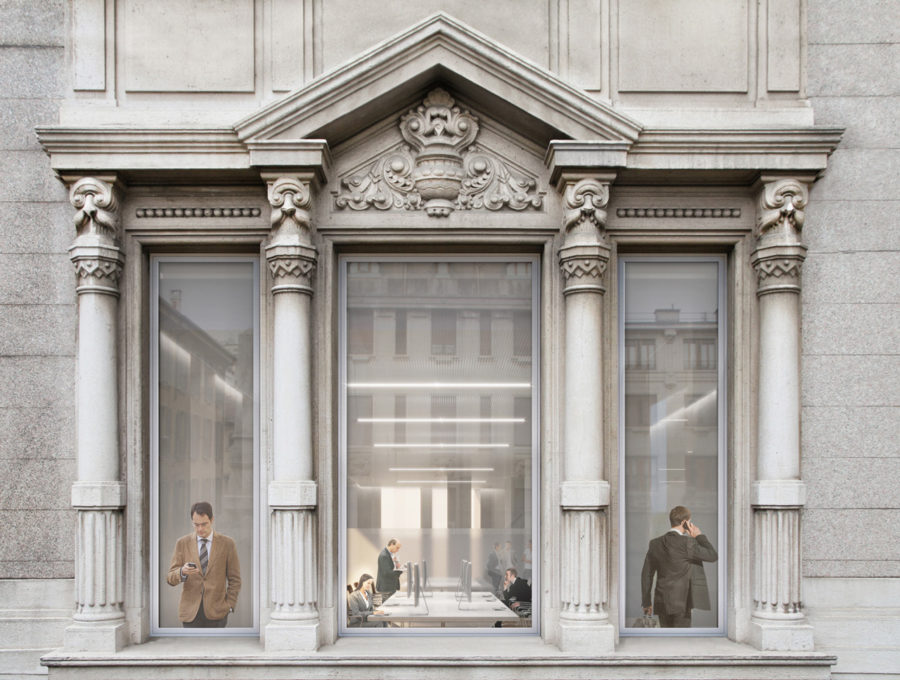 Given the location and the historical nature of the building, the proposed design hypothesis does not alter the existing architecture and has carefully embodied similar architectural solutions adopted by other buildings in Milan.

The two-floor wing of the building on Via Maddalena has its own unique characteristics, as the raised ground floor impedes street-level windows being opened. For this part of the building, two scenarios were proposed: The first involved a mixed business/common space hypothesis for the offices (with gym, break areas, etc.), whilst the second suggested the possibility of an autonomous space on these two floors to be used for co-working. 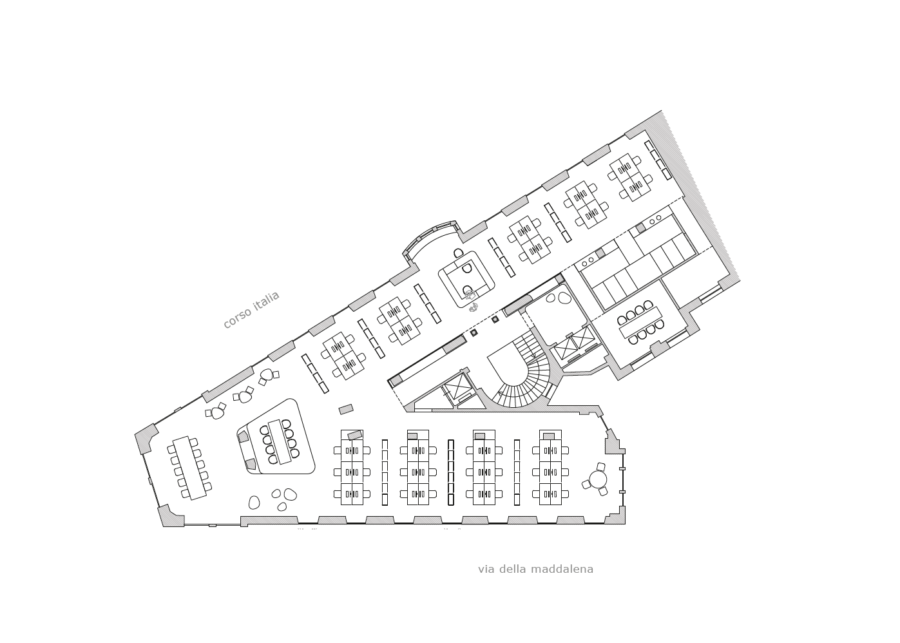 As part of this extensive design proposal, a preliminary layout of a typical floor was designed with evidence of circulation spaces, support spaces and employment index, as well as a schematic simulation with a hypothetical horizontal split for the subdivision of the available spaces between several tenants.

Improving the overall efficiency of the enclosure, such as allowing expected LEED certification levels, is pursued through an update to the plant engineering solutions, the introduction of an internal insulation layer, and the replacement of the existing doors and window frames with steel ones with thermal break. All of these contribute to improving the overall quality of the building.