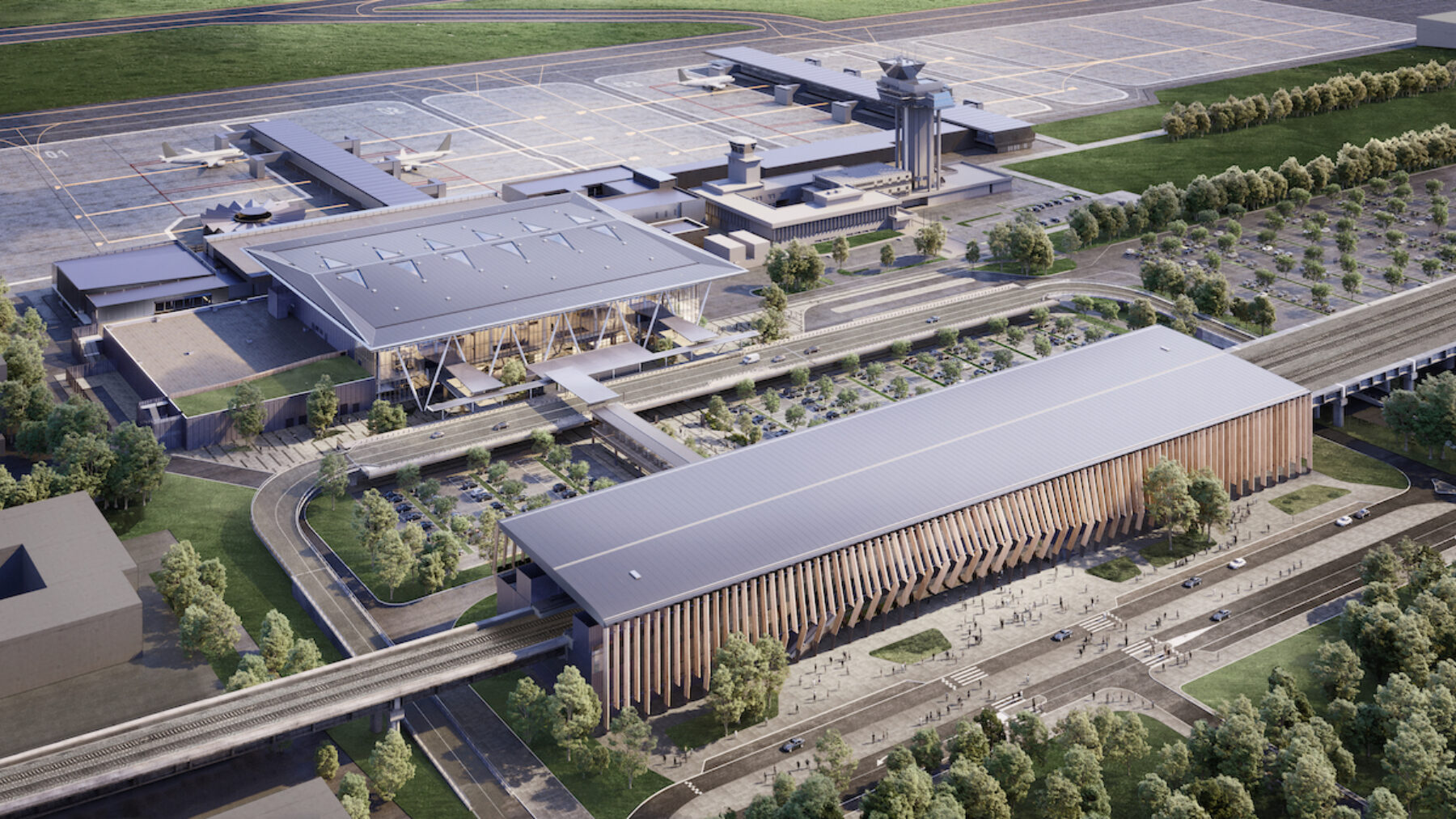 A vital component of the Rail Baltica Infrastructure Project

Working together with Latvian designers, Vektors T, and transport planning and consulting firm, Sintagma, to deliver the new Riga Airport Station - one of seven international stations to be developed as part of the ambitious Rail Baltica Project.

Being the largest Baltic-region infrastructure project in the last 100 years, with a total length of 870 km, Rail Baltica is acting as a symbolic return of the Baltic States to Europe: since the middle of 20th century, the Baltic countries have been mainly linked to an East-West railway axis using Russian gauge. This gauge system makes it difficult and costly to interconnect the Baltics with the rest of EU via Poland. Therefore, there is a full consensus on the need to eliminate the Baltic missing rail link of the EU’s North Sea, ensuring full integration of five European Union countries – Poland, Lithuania, Latvia, Estonia and, indirectly, Finland – into the single European railway area. 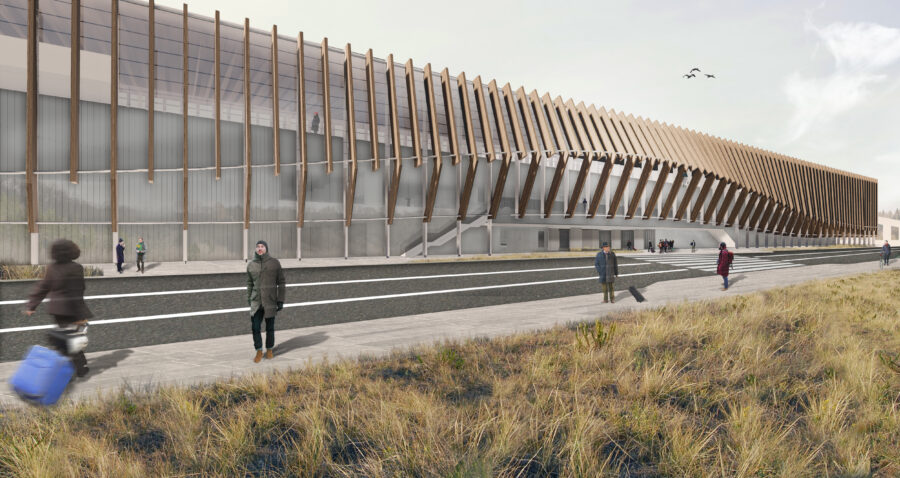 The Station is surrounded by areas belonging to the airport jurisdiction, which are currently undergoing a transformation process (also design by One Works) and will positively impact the area over the coming 20 years. The major key-elements to which Rail Baltica Station will relate are:

As a consequence, the station and its premises are designed to be compatible with the future terminal building and related infrastructures, enabling passengers to get conveniently to/from the airport and creating a fully interconnected system. 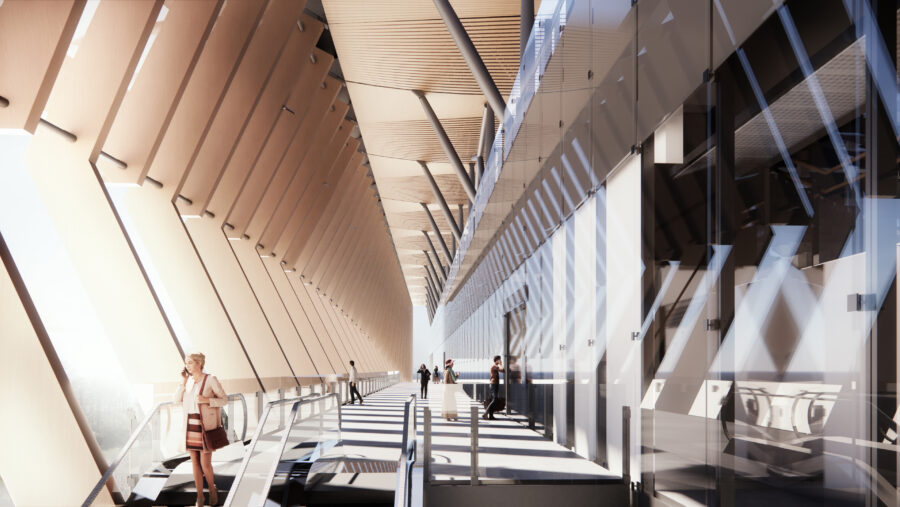 The street level open arrangement ensures wide pedestrian circulation spaces, while a central green plaza accommodates passengers’ flows to / from the grade-level of the terminal. In compliance with the sustainability purposes of the project, a planted green corridor runs across the station premises, providing a valuable environmental asset and creating a comfortable image of the building architecture and environment.

The Concourse Level represents the major public space within the station, hosting vertical circulation elements from the ground level and toward the platforms, customer service facilities, automatic fare collection systems, waiting areas and retail. It represents the area where the major passenger flows will be collected and sorted to their final destination. A pedestrian overpass connects the airport to the western end of the station building and provides an extendable option for future development plans.

Platform is the level where passengers disembark and board the trains. In order to serve the required train lines, Rail Baltica Station has two platforms, both designed to ensure adequate space for passengers’ circulation.

The Station’s architecture aims to ensure the maximum reception of natural light, which is a particular challenge in Nordic Environments.

The external canopy represents the Station’s main iconic element. With a strong link with nature being one of the fundamental features of Latvian culture, the meeting of the vast forests with the banks of the Baltic Sea determined the main gesture of the project’s envelope.

The inner space of the station is enclosed by a shelter made of structural steel supports and finished with wooden fins. The screen is etched with vertical elements, with different levels of permeability replicating a natural rhythm of the elements. Custom shaped profiles have been modelled through a smooth and continuous design, where the main entrance delicately reveals itself through a wavy façade. The perception of the building’s façade varies from more opaque to more transparent, according to an individual’s movements and the availability of light. During the night, the screen will reveal the dynamics of the building and the inner pulsing lights. The interaction between interior and exterior has been designed to become seamless, as the sensation of transparency prevails.

A series of measures have also been designed to position the new railway station as a building that meets the highest energy performance and environmental standards.

One Works was also recently appointed to design the expansion of the connect RIGA Airport. The airport is now entering the first phase of an ambitious development project, which will lead to the construction of a new passenger terminal with a capacity of 10 million passengers per year over five years.