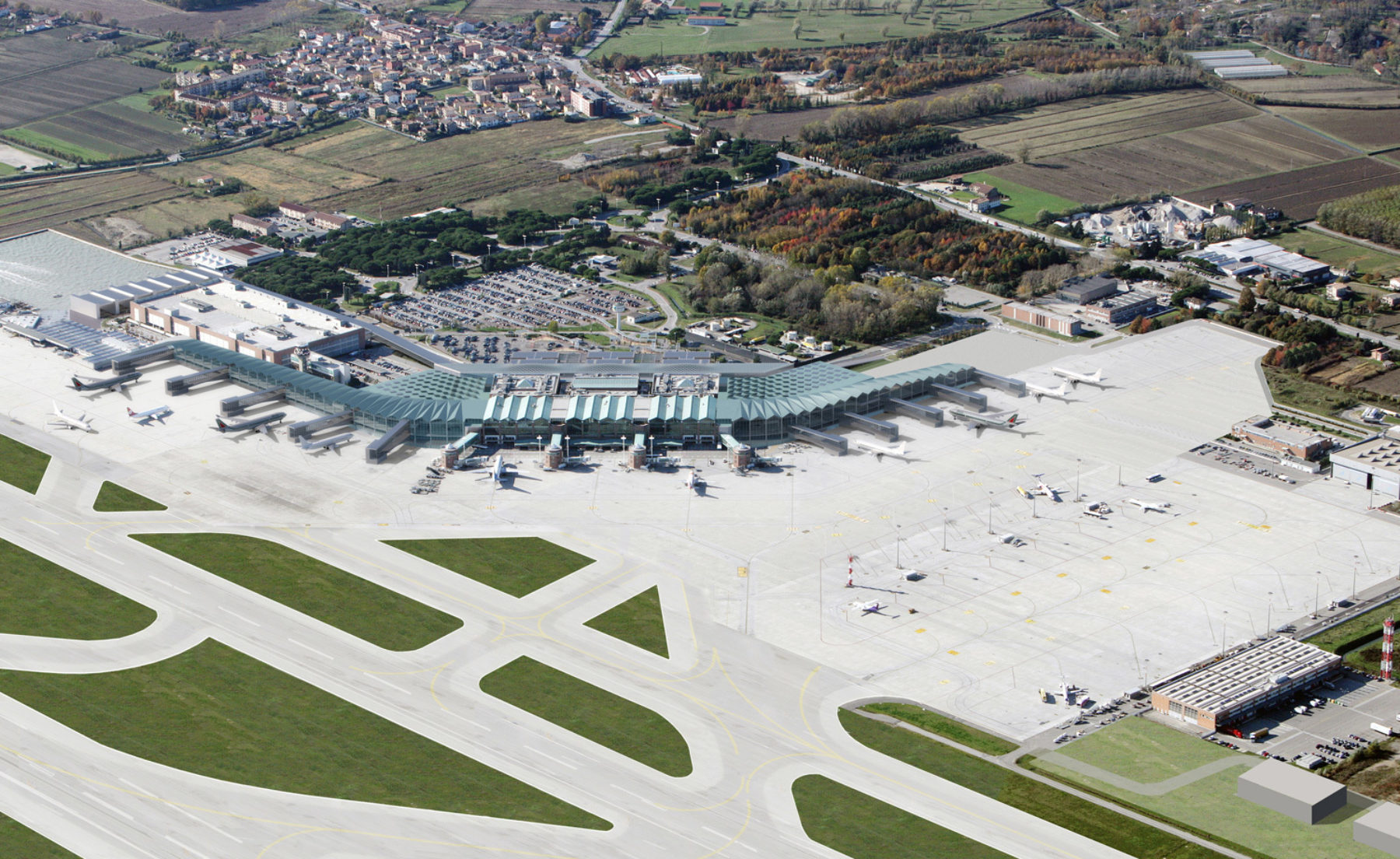 One and Only Panorama

Marco Polo Airport represents a major regional infrastructure, which has witnessed relevant growth in the last years due to the introduction of new routes to North America and the Middle East. Located within the Venetian Lagoon, less than 7 km from Piazza San Marco, the Venice International Airport is an unequaled place not only from a historical point of view but also for its exclusive panorama.

The Masterplan ensures traffic demand capacity until 2030, providing new infrastructures and related facilities within the airport’s 650ha. boundaries. Safety and security infrastructure capacity consistent with demand, adequate level of services, environmental- economical sustainability, and harmonious environmental integration are the key factors for the plan’s success that ranks among the top European benchmarks.

The masterplan, co-financed by the European Commission within the TEN-T program, aims to upgrade Marco Polo Airport into a modern intermodal hub. The strategic masterplan features the airside expansion with a second runway equipped for F code aircrafts, and reserved space for the making of an integrated intermodal node and city airport. 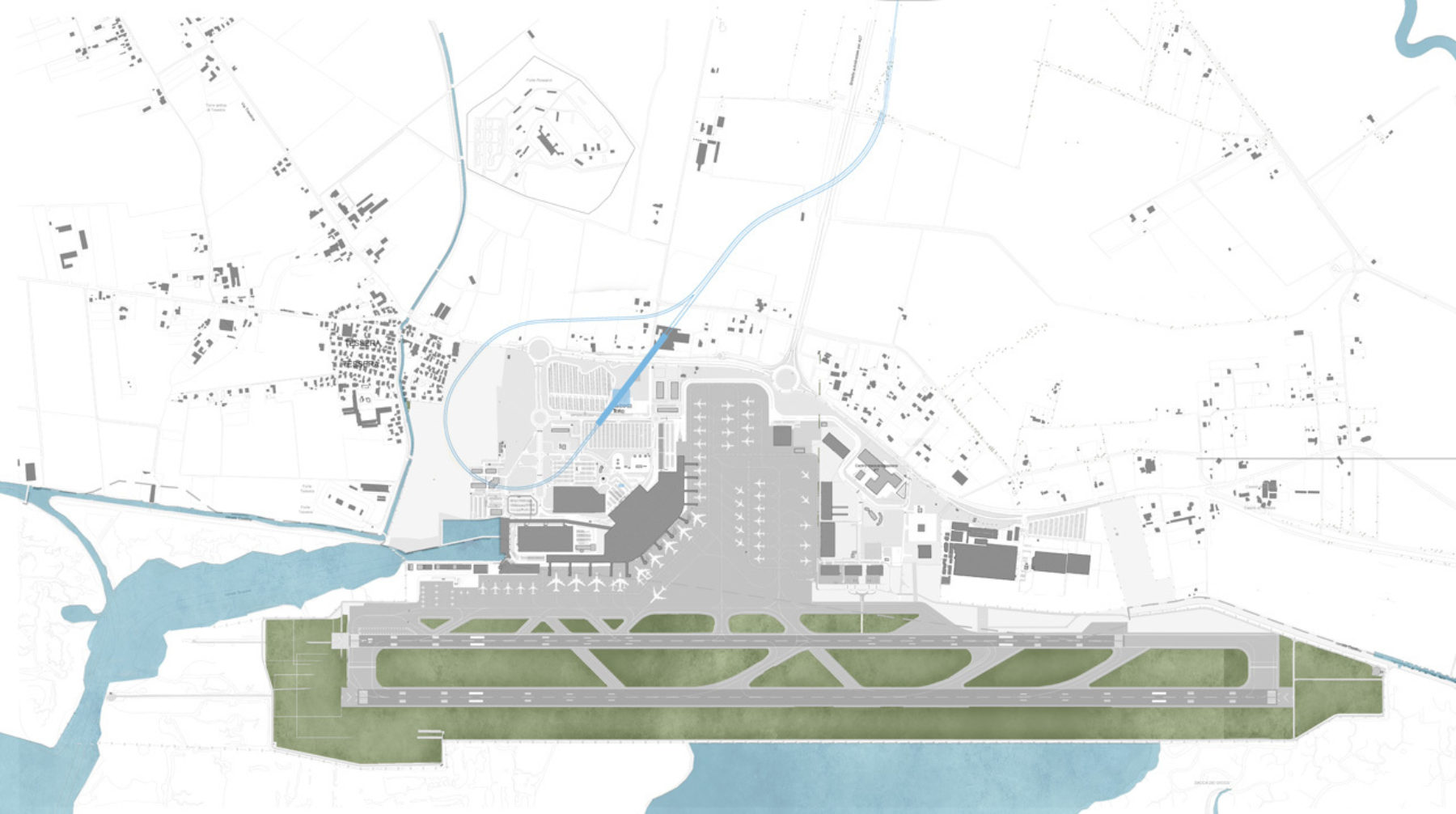 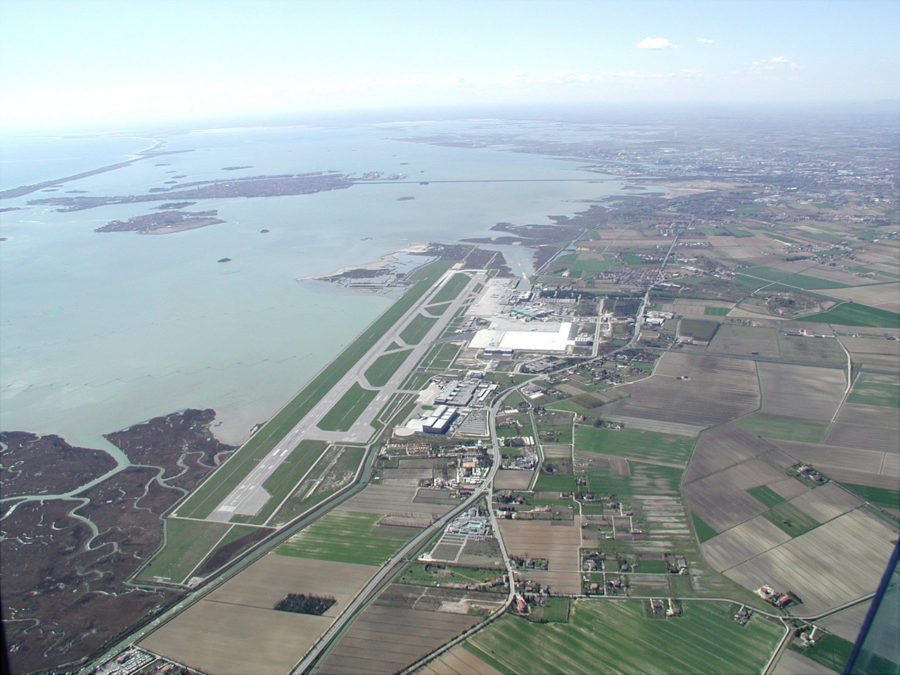 Viewed as a primary concern for the airport’s development, surface accessibility transport modes exchange efficiently, air, road, rail and water. In its final layout, the node will feature High Speed Railway and Suburban Regional Service rail line connections. The reorganization of several components including the sub-lagoon metro line between the airport and the Venetian islands, a suburban tram link to inland Venice, the new bus and water terminals, and car park capacity and terminal connections were under scrutiny. Such an intervention will orientate urban development, along with land and energy consumption control, while providing improved services to tourist and commuters.

To connect efficiently these polarities, a spatially dimensioned automated people mover lies within the airport context. One Works’ approach integrates the complexity of infrastructure integration with the potentialities of urban development and increased accessibility. The strategic airport masterplan perceives, in the long term, an Airport City Commercial District with a series of commercial oriented functions such as food and retail facilities. In addition, the airport’s presence within the Venetian context has determined a coordinated planning for access infrastructures and future development areas.